A few recent-ish novels enticed this food writing nerd over to the fiction section. Readers seeking great, lovable characters and entertaining narratives should look no further. Grab some snacks and dig in! 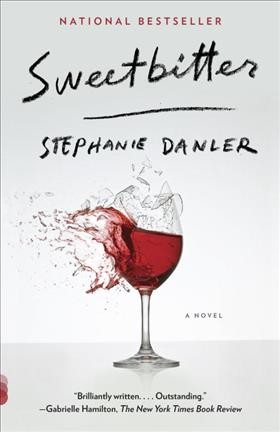 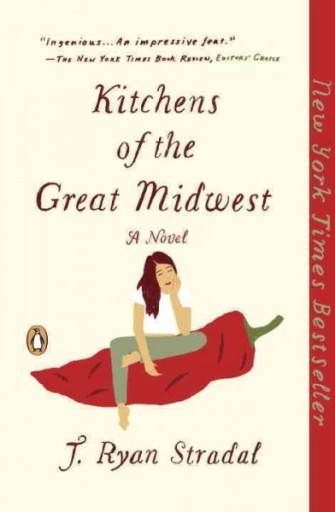 Gorgeously written tale of life behind the scenes at a New York fine dining restaurant. Our young protagonist gets hired as a server and is quickly seduced by the front-of-house culture of intoxicating flavors, substances, and personalities. (It’s been made into a TV show too!)

Follow the life of a Twin Cities culinary prodigy from her childhood obsession with hot peppers to her career as the country’s most in-demand avant-garde chef, through the eyes of different people who cross her path over the years. Funny, poignant, full of naturalistic detail.

Now this is a fun one. A young software programmer working in robotics in San Francisco becomes the owner of an exceptionally strange and mysterious sourdough starter (it sings, it glows, it responds to stimuli) and discovers a new calling as a bread baker. Soon she is working at an experimental underground farmer’s market and teaching a robotic arm to mix her dough; she also meets the Bay Area’s most important sustainability-minded chef (*ahem* Alice Waters *ahem*). Things are going great until a geneticist working on a high-tech food substitute becomes a little too interested in the starter; hijinks ensue.

A Gentleman In Moscow by Amor Towles
hardcover, $24.30

When an aging Russian aristocrat is sentenced by the Bolshevik government to life under house arrest at Moscow’s most splendid hotel, he makes the best of the situation. His expert knowledge of fine food and wines gains him entree into the inner workings of the hotel’s fine restaurants and cellar, where he becomes part of an intimate group of lovely, quirky characters. Kind of a cross between Bemelmans’ Hotel Splendide and Ishiguro’s Remains of the Day.

*We’re a used bookstore too! Prices listed here reflect our stock at the time of this article’s posting. These used copies may sell, or more might become available. If used copies run out, new copies can also be purchased online at magersandquinn.com.

Got the winter blues? Us too, but we channeled it into a display of #bluebooks. . . . #bookstore #indiebookstore #usedbookstore #winterreading #bookstagram #shoplocal
Resolved to read more in 2020? We can help with that. Take 20% off store-wide today! Open until 8pm. . . . #HappyNewYear #indiebookstore #bookstores #NewYearsDay
3 little SciFi/Fantasy picks, all in a row! The Three-Body Problem (recommended by Max), This Is How You Lose the Time War (recommended by Meagan), and Prudence (recommended by Niv). . . . Here's what Niv has to say about @gailcarriger 's PRUDENCE: "Gail Carriger gets two thumbs up from me. Love her style of writing! This book is about a young woman, Prudence Alessandra Maccon Akeldama, with rare supernatural abilities, who travels to India for a spot of tea. Along the way she encounters shifters, vampires, and an irritatingly handsome Frenchman. This #steampunk adventure is seriously funny and witty." . . . #staffpicks #shoplocal #indiebookstore #bookstores #sff #scifi #bookstagram #giftideas
More #staffpicks: #poetry recommended by @wildfiregrrrl (Soft Science) and @annemetcalf53 (Eyes Bottle Dark With a Mouthful of Flowers). . . Here’s what Kathleen has to say about @fancyrhino’s SOFT SCIENCE: “Told from the perspective of a queer Asian American cyborg, Soft Science explores what it means to embody yourself when you are not-human, not-robot, not-defined, and not-accepted. Please read this book.” . . . #indiebookstores #bookstore #bookstagram #staffpick #bookseller #giftideas
No time to shop during the day? No problem - we're night owls! Open until 10pm Sundays - Thursdays, and until 11pm Fridays and Saturdays! #shoplocal #bookstore #indiebookstore #latenightshopping #bookstagram
Some fiction #staffpicks, oldish and newish, from Siena, Tim, Catherine, Ty, Rebecca, and Courtney. Stop by and ask them what makes these books great, or for more recommendations! #holidayshopping #indiebookstores #bookstore #bookstagram #fictionfriday #shoplocal