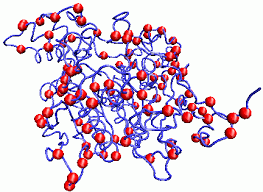 Largehearted Boy pointed out a posting on the blog How to Japanese which speculates about the recently announced novel by Haruki Murakami–puportedly titled 1Q84. It has been announced in Japanese, anyway; I can’t find mention of an English edition as yet. There’s not a lot of hard news as yet, but Murakami fans (this blogger included) are already salivating at the prospect by another book by the author of Kafka on the Shore and Norwegian Wood.

From great to complicated to downright bad, there are all kinds of dads on our shelves! Some are real, captured in memoirs (some by their children, some by the dads themselves), and some are iconic fictional creations. These selections are currently available on our shelves, most of them available as used copies. Read more about the above titles on the blog!
It is certainly summertime now, so why not watch our free livestream with Mary Bly (also known as @eloisajamesbooks!) for a look at her novel Lizzie & Dante, a *perfect* summer read? Tune in on Thursday, 6/17– Mary will be in conversation with @karenwhitewrite! Live on YouTube and Facebook, link in bio! #summerreading #fiction #virtualevents #bookstagram
Author John Brandon launches his novel Ivory Shoals this Tuesday! Register to attend the virtual conversation with @wtmcgrath at the link in our bio.
Tomorrow (6/10) at 7pm Central, get a taste of travel (and existential introspection) with author @chaneykwak, in conversation with @loriostlund! Kwak’s The Passenger is “one of the best beach reads for summer 2021. Titanic clarity and humor that’s as dark as it is dry” (—Travel + Leisure). Tune in to the FREE live stream at the #linkinbio👆!
It’s pub day for Carol Anderson’s THE SECOND, a critical new look at the second amendment through the lens of race and power in America. There is still time to register for this week’s virtual event! We hope you will join us this Thursday for a discussion between Prof. Anderson and @lissaljones of Black Market Reads.
New @benjamin.percy book drops next week! Click the link in bio to register for the virtual launch of THE NINTH METAL (@hmhbooks) next Tuesday. Ben will be in conversation with @petergeye!